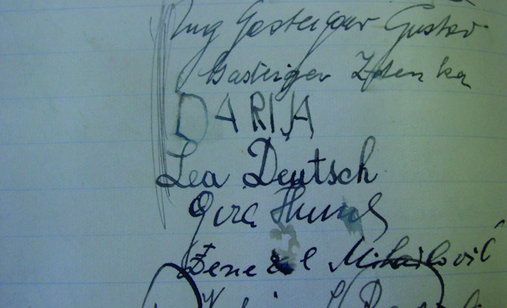 +
From 1933 until 1941, within the Croatian National Theatre existed a theatre for children- the Children’s Realm. Everybody wanted to see two child stars. There was always a demand for an extra ticket and these stars were predicted a very bright future.

Branko Ivanda is a Croatian director and a professor of film and TV direction at the Zagreb Academy of Dramatic Arts. He was born in Split in 1941. After completing high-school education and studying comparative literature and philosophy in Split, he obtained his degree in film and theater direction at the Zagreb Academy of Dramatic Arts. He directs TV feature films, dramas, musical programs, documentary and commercial films. He has received a few international awards for his films (FIPRESCI Award in Berlin, Diploma of Bergamo Film festival). Filmography: ‘Konjanik’ (2003), ‘Dubrovački škerac’ (2001), ‘Poetry and Revolution – the 1971 Student Strike’ (2000), ‘Sestre’ (1992), ‘Zločin u školi’ (1982), ‘Court Martial’ (1979), ‘Gravitacija ili fantastična mladost činovnika Borisa Horvata’ (1968).