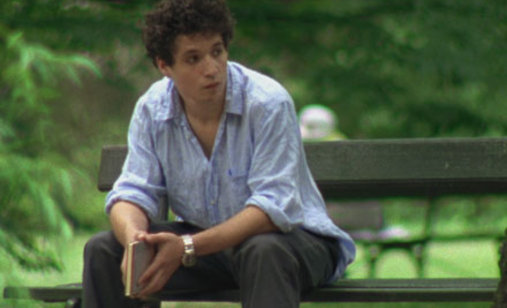 'If It Happens' is story of Tomek, the director’s 18-year old son, who takes a walk in an old park where he used to come as a child, and meets his younger self. 'If It Happens' is a sequel to 'Anything Can Happen'.

Marcel Loziński was born in 1940 in Paris. He earned his degree in Film Directing from Łódź Film School. He has made a number of excellent documentaries, which include How It’s Done (2006), Anything Can Happen (1995), Microphone’s Test (1980), Front Collision (1975), The Visit (1974) and was nominated to the European Academy Award and American Oscar for his documentary film 89 mm from Europe (1993). For the past four years he has been the head of the documentary programme at the Andrzej Wajda Master School of Film Directing.