Living on the River Agano 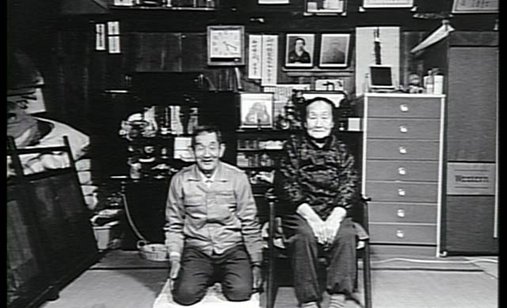 The Agano River is Japan’s ninth longest river and extends over 210 km. Its waters tumble over a mountainside in what is one of the highest waterfalls in the world. As it has abundant quantities of water and it flows smoothly throughout the year, it has an uncommon dignity when compared to other Japanese rivers. However, its waters were contaminated by mercury, which was discharged into the river by the Showa Electric Company. Living in a rented house in the mountains near Agano, a team of seven individuals led by Makoto Sato spent four years between 1988 and 1992, closely recording the situation, which ironically led them to the disease.

Born 1957 in Aomori Prefecture, and raised in Tokyo, Makoto Satô discovered documentary film when he visited Minamata as a student, and worked on Katori Naotaka’s ‘The Innocent Sea’. While touring Japan with the film, he met people who lived by the Agano River in Niigata and decided to make a film about them. Following this, he made several films for TV. His work ‘Artists in Wonderland’ (1998) screened at Japanese Panorama YIDFF ’99. That year he was appointed head instructor at the Film School of Tokyo, and 2001 became a professor at Kyoto University of Art and Design. At YIDFF 2001, he served as a juror for New Asian Currents and his films SELF AND OTHERS (2000) and Hanako (2001) were screened at that time. Recent publications include ‘The Horizons of Documentary Film—To Understand the World Critically’ (2001) and ‘Dozing London’ (2004.).