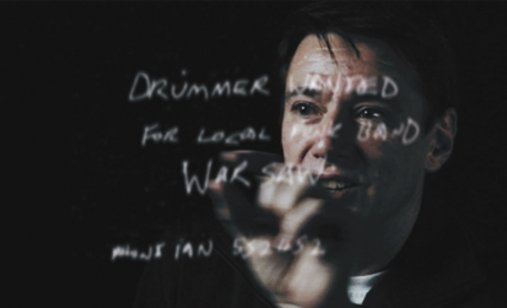 Joy Division grew out of a very specific context: the depressed urban landscape of Manchester, still trying to recover from its halcyon days as a centre of nineteenth- century manufacturing, and the punk movement’s rebellion against the direction rock was taking in the seventies. Johnny Rotten and the Sex Pistols served as inspiration, tapping into the anger, despair and alienation of a generation of English youth. They spawned a bevy of wannabe bands, one of the most significant of which was Joy Division. The group’s lead singer, Curtis, was a bundle of contradictions. By day, he worked in the civil service as an Assistant Disablement Resettlement Officer; by night, he poured his angst into poetic lyrics for a band that essentially wanted to play loud and create havoc. Told through the words of those who were there, Joy Division follows the early days of the band and their first forays into gigs and recordings. But this is also the story of a city and its struggle to revive itself. By returning to the sites and landmarks that defined Joy Division’s history, director Grant Gee shows how much Manchester has changed in the past thirty years.

Grant Gee was born in Plymouth, England, and studied at Oxford University and the University of Illinois at Urbana-Champaign. He has directed several shorts, his documentaries about musical groups Radiohead and Gorillaz – ‘Meeting People Is Easy’ (1998) and ‘Demon Days: Live at the Manchester Opera House’ (2005), received Grammy nominations for best long-form video. ‘Joy Division’ (2007) is his latest film.