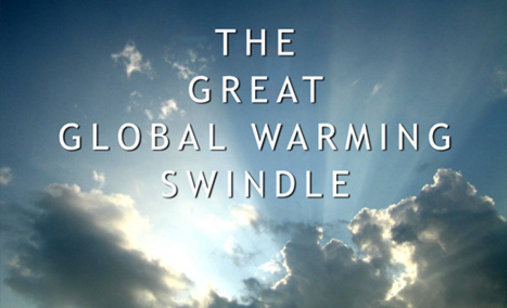 'The Great Global Warming Swindle' is a controversial documentary film that argues against the scientific consensus that human activity is the main cause of global warming. The film, made by British television producer Martin Durkin, showcases scientists, economists, politicians, writers, and others who are sceptical of the scientific consensus on anthropogenic global warming. The programme’s publicity materials assert that man-made global warming is ‘a lie’ and ‘the biggest scam of modern times’. Although the documentary was welcomed by global warming sceptics, it was criticised heavily by many scientific organisations and individual scientists (including two of the film’s contributors). The film’s critics argued that it had misused data, relied on out-of-date research, employed misleading arguments, and misrepresented the position of the Intergovernmental Panel on Climate Change.

Martin Durkin is a television producer and director, most prominently of television documentaries for Channel 4 in Britain. He is managing director of WAG TV, the London based independent TV production company. He has produced, directed and executive produced a wide variety of factual programmes covering the arts, science, history, factual entertainment, features and social documentaries. A number of his documentaries have caused controversies, most notably those which are critical of environmentalism.