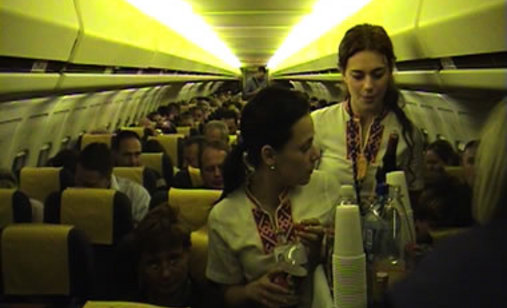 A filmic attempt at reconstruction of the social context of a ritual object - the knife - that the author was given 14 years ago. A trip to Fez and Marrakech is spiced with a research of circumstances that link the African continent, French government officials and an artist from Zagreb. On the course of film accidents, beside the knife, the author encounters an old Antonioni’s film (‘The Passenger’, 1968), Dubrovnik Air fleet, a ‘long niner’ (a quarter of a century old plane from the DC-9 series), a Marrakech cake shop and Abraham’s victim.