Desert - Who Is the Man? 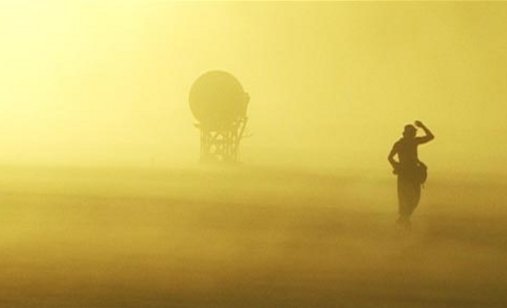 For many people, the desert is not only an inaccessible, inhospitable place, but also a refuge, a place of mysticism where man realises his insignificance and catches a glimpse of something greater than himself. Filmmaker Felix Tissi filmed in deserts all over the world and followed a number of temporary inhabitants, including scientists, artists, eccentrics, and wandering souls. One man is following the trail of Moses, the Hebrew prophet who led the Israelites through the desert out of Egypt. A solitary woman collects stones and fossils, while an artist paints and shapes the face of a mountain. The film incorporates footage of a 1950s-era nuclear test in the Nevada desert. And nowadays, in the same desert, the Burning Man Festival attracts thousands of oddballs. The film explains little, but records man’s quest by means of subjective imagery, accompanied by music and the protagonists’ thoughts in the voice-over. The vast, almost extraterrestrial desert landscape tells the rest.

Desert - Who Is the Man?