All White in Barking 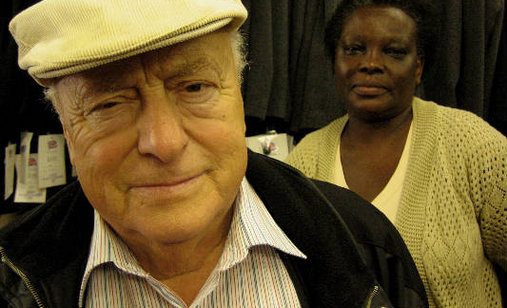 Lifetime Barking residents Susan and Jeff have never said hello to their Nigerian neighbours, insisting that ‘they are not our people’. Dave is so incensed by the influx of non-white faces to Barking he becomes a BNP activist (yet both his daughters have relationships with the very people he is lashing out against). Meanwhile, African Betty and Holocaust survivor Monty form an unusual relationship based on laughter and affection, despite disapproving stares. Director Marc Isaacs is an unseen but prominent presence: questioning prejudices, and prying at preconceptions with remarkable results. The film at times plays like a Mike Leigh comedy, particularly when Isaacs urges the reluctant neighbours to meet up. A charming often funny examination of modern attitudes in an increasingly multiethnic Britain.

Marc Isaacs began working on documentary films as an Assistant Producer in 1995. He assisted Pavel Pawlikowski on ‘Twockers and Last Resort’. After completing ‘Lift’ in 2001, Marc directed two further documentaries for the BBC. His documentary film ‘Travellers’ for Channel 4 was then followed by ‘Calais: The Last Border’ and ‘Philip and His Seven Wives’.

All is White in Barking