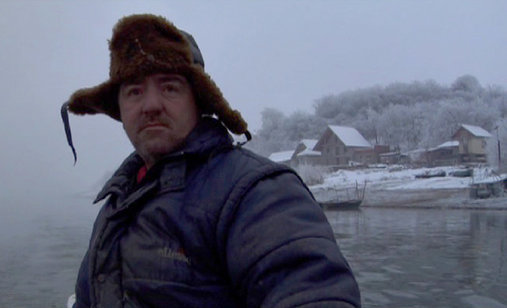 +
"Caviar Connection" is a tragicomic tale about the Pacov brothers, two fishermen on the Danube near Đerdap. The Pacov brothers divided the largest European river into small territories... Behind them there is a dam. Below them there is the permanently flooded ground floor of their unfinished house. On the other side of the river there is the European Union. The Pacov brothers have two cats, two dogs, two boats and two thousand illegal fish hooks to catch sturgeon filled with caviar swimming upstream to spawn. The two of them have two friends, Jerry and Granny, also their fishing opponents. One fish could make them rich! But, the water is mean, the boundaries are relative, and the caviar rarely becomes money.

Dragan Nikolić is director, scriptwriter and cinematographer. He achieved great success with previous films The Caviar Connection, National Park and Hot Line. Many of them have been screened and awarded at the renowned film festivals (IDFA, Berlinale, ZagrebDox). He was a cinematographer on Bar De Zi, the best Romanian documentary in 2007; a co-scriptwriter on Made in Serbia (2005); a co-scriptwriter and director assistant of a short fiction film Run Rabbit Run, which received the first award at Cannes Film Festival in Cinéfondation.