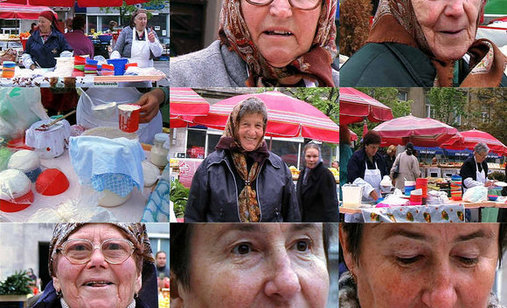 +
A film-essay about Zagreb's milkmaids and deep crises of political will and national identity in the period between 2002 to 2006.

Kristina Leko was born in Zagreb in 1966. She is active in modern visual and experimental video art and documentary film. She graduated from the Zagreb Academy of Fine Arts in 1990, became an undergraduate in Indology and Philosophy at Zagreb’s Faculty of Humanities and Social Sciences in 1995; and obtained her MA from Universität der Künste Berlin in 2004. In 1999, she and Gordana Brzović started working on the serial Portraits of Croatian Contemporary Artists, produced by HRT. She is the co-author and co-writer of four documentaries from that serial: The Group of Six (2002), I. L. Galeta – Portrait of an Artist (2000), Aleksandar Srnec – Portrait of an Artist, (2000) and V. D. Trokut – Portrait of an Artist (1999).