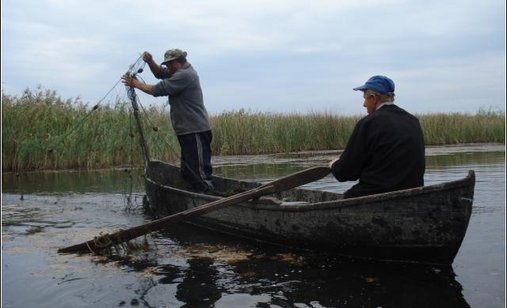 +
"Bird’s Way" is a magic realist story, an Eastern European fairy tale that follows the daily routine of an Old Believer community struggling to survive and maintain their traditions in spite of the overwhelming intrusion of modernity.

Klára Trencsényi is a freelance director and cinematographer committed to creative and social documentaries. She graduated from the Hungarian Film Academy in Budapest as Director of Photography in 2005. She directed one feature documentary (Train to Adulthood, 2015), three mid-length documentaries (Corvin Variations, 2011, Birds Way, 2009, and A Chance, 2007), and a short documentary (3Weddings – Elena&Leo, 2009).

Vlad Naumescu is Assistant Professor of Anthropology at the Central European University, Hungary. His research focuses on religion and cultural transmission, on which he published two books and various articles. He worked as consultant for a feature-length  documentary Csangos (2007) and an anthropological short, Time for Mary (2005).