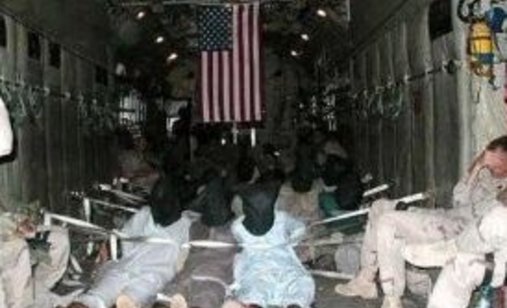 Film tells the stories of Khaled El-Masri and Binyam Mohamed, two men who have survived extraordinary rendition, secret detention, and torture by the U.S. government working with various other governments worldwide. ‘Outlawed’ features relevant commentary from Louise Arbour, the U.N. High Commissioner for Human Rights, U.S. President George W. Bush, Michael Scheuer, the chief architect of the rendition program and former head of the Osama Bin Laden unit at the CIA, and Condoleezza Rice, the U.S. Secretary of State. ‘Outlawed’ a documentary produced by Witness, a non-profit group based in Brooklyn, N.Y., and AI USA in association with 12 other groups worldwide, places the post-9/11 phenomenon of renditions and the ‘war on terror’ in a human rights context and calls for action end these human rights abuses.

Gillian Caldwell is a filmmaker and an attorney. She was formerly Co-Director of the Global Survival Network, where she coordinated a two-year undercover investigation into the trafficking of women. Gillian received a BA from Harvard University and a JD from Georgetown University. She is a recipient of the 2000 Rockefeller Foundation Next Generation Leadership Award, was named one of 40 Outstanding Social Entrepreneurs by the Schwab Foundation.