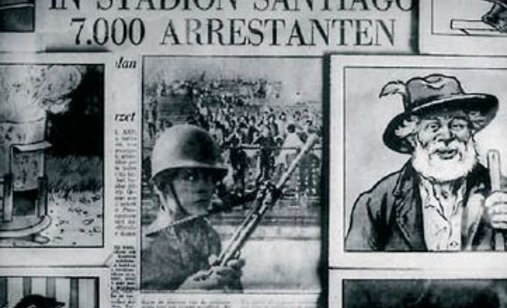 When this documentary was being made, teachers in Amsterdam schools would use methods of connecting words with pictures in order to teach kids to read. In an interesting manner, the director ‘sabotages’ this system by gradually replacing the textbook pictures with the ones he has extracted from political and social realities and combining ‘innocent’ pictures like ‘sheep’, ‘fire’ and ‘sister’ with the pictures of riots, speeches of Salvador Allende and Pinochet’s coup. Soon, a traditional school lesson turns into a small political school.