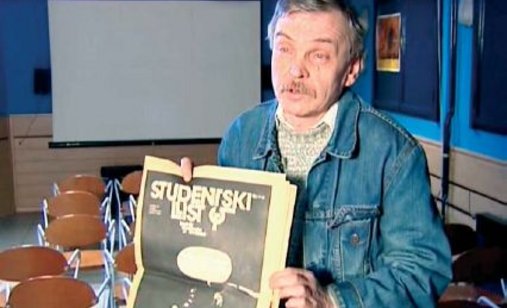 Faces have finally been attached to the names we know from Johnny Štulić’s songs. Now, owing to the director-screenwriter duo Petrinović – Pletikos, the fans of Azra and the worshippers of Štulić’s cult can finally see Mirna, Čera, Suzy F, Maja Prišt, Gracija, Miki, Jablan and many others the authors have spoken to. They will also find out what is hidden behind the album title ‘Filigree Sidewalks’. This documentary, filmed in only 13 days, reveals the details of the urban scene from the days when Štulić’s hits were made – the late 1970s and the early 1980s. It also reveals his up to now unexplored intimate history and social and political circumstances in spite of which he wrote his songs.

Ines Pletikos studied Comparative Literature and Philosophy at the Zagreb Faculty of Philosophy. Later she studied film direction in Rome. Fifteen years ago, she came back to Zagreb.