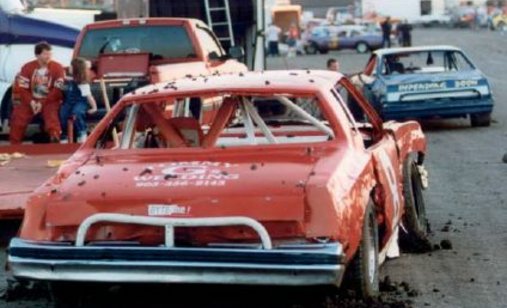 Welcome to the annual Street Stocks championship! Welcome among the representatives of the lowest class of American dirty drivers, proud of their bear-bellies! Welcome to the legendary Devil’s Bowl Speedway in Mesquite, Texas! The film scrutinizes these peculiar drivers, including one woman, Gayla Jones, a greenhorn in the Devil’s Bowl, who is trying her best among sexist Southerners. The marital triangle that has occurred among her, the husband, and their mechanic does not make it any easier. Do not miss this and other interesting stories from the track which look as if ‘Jerry Springer made a remake of a Peter Greenaway film’, as one thrilled film critic nicely put it. The praised, adrenalin-pumping soundtrack by the Southern Culture on the Skids should also be mentioned.

Jeff Bowden is a director, editor and awarded columnist of D Magazine, a local Dallas daily. ‘Dirt’ is his first film as a director. He lives in Austin, Texas.