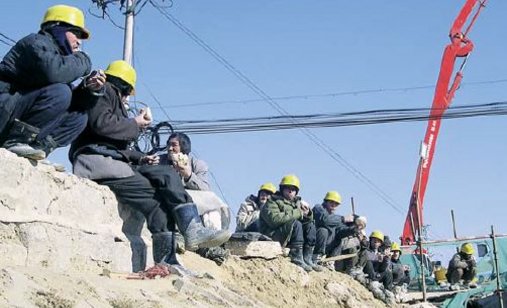 This film is as much as an essay as it is an objective documentary. In order to present Beijing as a modern metropolis with magnificent glass towers and a match to any Western city, the Chinese authorities are trying to hide all the hard labor and toil required for creating and maintaining the desired picture. By combining individual stories of workers and flashback elements (black-and-white photos, clippings from magazines and statements from the days of Chairman Mao), the author is almost writing a poem about demolition of the old homeland and rise of a new, modern one.

Xiaolu Guo is a writer and director. She was born in a fishermen’s village in Southern China in 1973. She graduated from the Beijing Film Academy in 2000, but she also studied documentary film at the NFTV in London. Regardless of the form she uses, she likes to focus on universal topics such as love and loss, time and place... Her films include: ‘Far and Near’ (as the director, 2003), ‘Love In the Internet Age’, ‘Boat’ (as the screenwriter, both in 1999). She lives in Berkshire.