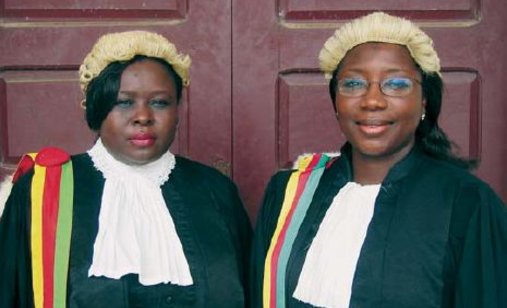 We are in Cameroon, in Kumba Town. We are witnessing a court drama the protagonists of which are six-years old Grace, who was beaten by her cousin, Sonita raped by her neighbor, and Amina, who wants a divorce from her aggressive husband. Instead of accepting their role of victims, these women have decided to fight for their happiness. Judge Bam and Prosecutor Vera Ngassa are on their side, encouraging their efforts every day. Co-director Ayisi, who grew up in Kumba Town, is very pleased that her film is breaking down the stereotypes about African women: it shows them as courageous, resolute and strong persons. It also gives hope that things will change.

Kim Longinotto, born 1952, is a British documentary filmmaker, renowned internationally for her compelling human portraits and her sensitive and compassionate treatment of unknown topics. She studied camera and directing at the National Film and Television School in Beaconsfield, England, where she now tutors occasionally. Since 1976 she has directed, filmed and produced around 20 films. She is best known for known for her films Salma (2013), Sisters in Law (2005), The Day I Will Never Forget (2002) and Gaea Girls (2000) that won many awards at international festivals like Cannes, Sundance, IDFA and many other.ZagrebDox has screend many of her films in its various programs.

Florence Ayisi is a co-director of ‘Sisters in Law’. She was born in Kumba, Cameroon. She studied at the Leeds Northern School of Film and Television. Today she works at the International Film School Wales, as the head of film and video program. Her films include the documentary ‘Reflections’ (2003) and the short film ‘My Mother: Isange’ (2005).