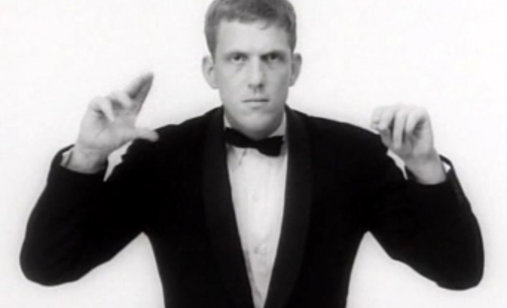 Black and white pseudo-anthropological study of human behavior depicts in smallest detail a man and a woman during their everyday life routines such as eating, sleeping, walking, dressing up... For the whole time being both of them look perfectly neat, as if not from this world. The author in this, according to many a cult documentary, in an extremely ironical and comical way plays with human perception and desire for various reachable, but more often unattainable ideals.