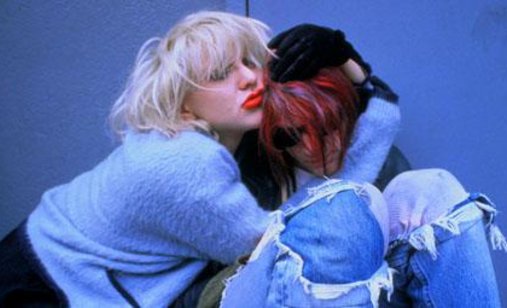 After the idol of an entire generation, the frontman of then mega popular grunge movement, took his own life French kissing the shotgun, the director and his film crew took to the streets of Seattle talking to a host of people whose lives in some segments overlapped with that of the deceased singer: the nanny of his daughter Frances Bean, Courtney Love’s father, aunt, friend and lovers... Talking to everyone, except for the widowed Courtney who relentlessly refused all conversation, while the director was sharpening his story about the labile and drug-addicted Kurt and pointing the blade directly toward the former groupie, and now a real rock’n’roll star, a ‘drama queen’ who made his life miserable with her endless attempts to prevent the showing of the film, but to no avail.