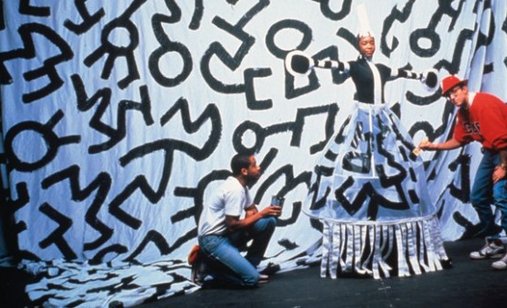 What should have been the document of witnessing the putting on stage Andre Heller’s musical ‘Body & Soul’, with the director’s arrival in New York, the place where the story unwinds, turned into an insanely hilarious story in several acts; because all arranged conditions of his engagement had suddenly become very ‘relative’: his budget was cut, the deadlines moved, in short, producers refused to keep any of the promises they had given him. Instead of the creative process on stage, Broomfield pointed the eye of the camera toward more pragmatic aspects, shooting his unsuccessful conversations with producers and the whole backstage atmosphere surrounding the making of the show. All agree that it resulted in a very entertaining and ironical study of the world of showbiz.