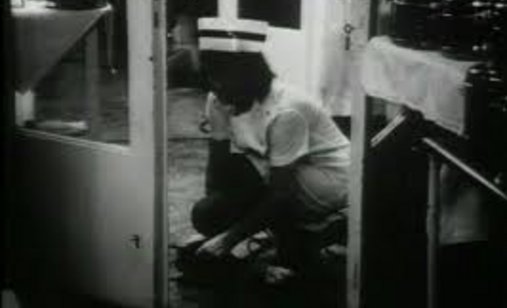 The film is focused on an orthopedic surgeon during his 32-hour shift. The instruments fall out of his hands, he lacks the most basic medicine and material, yet the doctor survives each hour with a smile on his face.

When Krzysztof Kieslowski is mentioned everybody automatically thinks of his metaphysical fiction. However, it is a lesser known fact that the polish gentleman started his career by working hard on his documentary stories. Even his TV debut in 1969 was marked by the documentary – The Photograph (Fotografia). The audience at ZagrebDox has a rare opportunity to see a wonderful documentary span of his career which starts with one of his earlier works – ‘Refrain’ (1972), then continues with the award winning ‘First Love’ (1974) and ends with the last documentary of his filmography – ‘Station’ from 1980. All these films carry a certain theme and the director’s signature which he also developed in his full length fiction work. Therefore, it is not lacking the characteristic dark humor, criticism of institutions, the state of public communist consciousness, the individual workers, the lonely nameless individuals..., in short – it is a homage to Mr.. Kieslowski’s work which stands as a testament to humanity.